SELLinALL is with the best of the bests. Sellers Choice Awards for ebay, Etsy and Amazon. 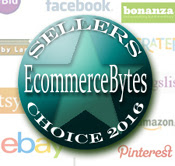 There is an old saying -  ALL GOOD THINGS  WILL HAPPEN AT THE SAME TIME. It is what has happened with SELLinALL. It is with the top three awardees - ebay, Etsy, and Amazon - e-commerce sites chosen by  the world online merchants. This is the result of the poll conducted by EcommerceBytes.com. 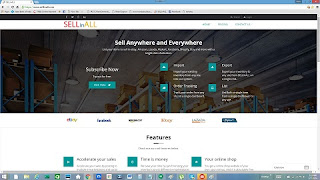 "Over 12,000 sellers took part in this year's voting, rating the online market
places on which they sell. This is the seventh year of the Sellers Choice Awards, published by EcommerceBytes.com. During the nomination process, sellers had narrowed the field to 10 venues.

Ebay, the Californian company which has started in the year 1995 has taken seven years to reach the top position in the history of the sellers choice awards. It has won the first place with a scanty margin of 0.02 because of the profitability for the past three years.
Taking all these factors stated above into consideration SELLinALL studied its customers well, and integrated in its software these three top e-commerce sites of the world, resulting in a healthy, advantageous, worry free relationship. The facebook is in the fold of the SELLinALL because of its popularity.

Online sellers join with SELLinALL and enjoy the worry free listing and inventory compilation of the e-market place where your selling is on.

Knowing what sells after COVID-19

It was not the typical back-to-school this year for Anna, an 8th grade student at a private school. Topping her list of academic essentia...