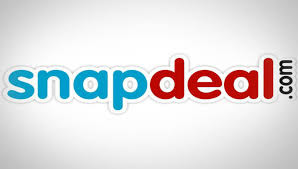 Snapdeal is one of the  major E-commerce/E-tailing websites in India. According to the Business standard, Snapdeal  has about 40 million registered users and about 1.5 lakh sellers all over India. The valuation of Snapdeal in 2015 according to Times of India is 4.5 billion dollars. There are many issues related to Snapdeal which are surfacing these days.
The latest issues related to sellers being making some forms mandatory for shipment to particular states. The attachment of  form17 and form18 when shipping products to uttarpradesh is mandatory for Snapdeal sellers. The attachment of form JVAT 504G is made mandatory for shipments to jharkand state. The other issue being the incorrect shipping charges being levied on sellers. All these issues may play a role in the sales of Snapdeal.
The other issue which is heating up is the legal fight between paytm and snapdeal. Paytm has filed a law suit against Unicommerce which is an e-commerce management software and fulfillment solutions provider for snapdeal. Paytm accused Unicommerce of stealing its confidential business data.
These issues may  have some impact on the sales and can place pressure on Snapdeal. But Snapdeal is still going strong with its future plans. The introduction of Software called wings to support sellers to improve their sales and the improvement in the Snapdeal seller panels is a step which will bring advantage to Snapdeal sellers.

The introduction of SHOPO with its zero comission is a big hit among small and medium investment online businesses. Snapdeal is investing on the infrastructure like logistical support. Snapdeal helps sellers to have fulfilment centres on no-profit , no-loss basis. All  these added up speaks that Snapdeal is looking into expanding its strength and not up on the profit earned.
SELLinALL is an E-commerce software to list products in Amazon, Flipkart, Shopify, Facebook, Etsy, Lazada groups etc.
Posted by Unknown
Email ThisBlogThis!Share to TwitterShare to FacebookShare to Pinterest
Newer Post Older Post Home