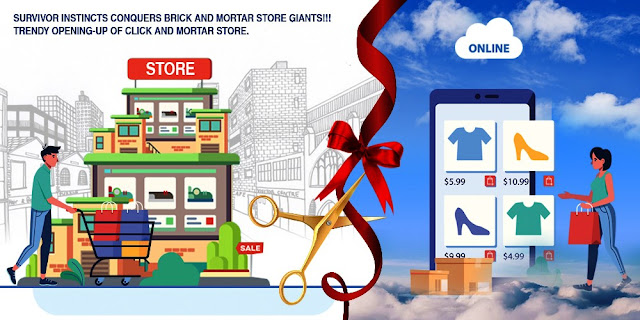 From the dawn of the civilization,  from Mesopotamian to Sumerian and from Indus Valley to Egyptian,  trade has become the symbol of economic affluence. The evidence of trade between those civilizations has been unearthed and proven by the Archaeologists. There were shreds of evidence of the shops and shopping arcades in the Mohanjadoro and Harappa excavations. As the centuries go by, those erstwhile civilizations shopping arcade trading points, have evolved themselves into Shopping streets and Bazars. During the 18th century, the shops of the ancient civilizations evolutionized themselves into General Stores. In the year 1857 Charles Dickens, the famous English Novelist in his novel 'LITTLE DORRIT' for the first time coined a new name for the General Stores as Brick and Mortar Stores and that new name has come to stay forever to indicate physical stores.

In the year 1859 Great Atlantic & Pacific tea company opened its first chain of grocery stores,  followed by Woolworth in New York.  Thereafter many varieties of stores with fancy names - departmental store, superstores, discount stores, supermarket, warehouse stores, malls, dollar stores etc. have opened.  All of them had their heydays as well as bad days but never a doomsday until the advent of online stores of the modern era.

The Twentieth Century revolutionary invention, the INTERNET  has presented to the world a new business model called Online Selling Stores, a radical change from the traditional working business model of brick and mortar stores.  The growing trend of online stores in leaps and bounds has struck a disastrous consequence of closing thousands of brick and mortar stores in the past five years including many giants in the business. 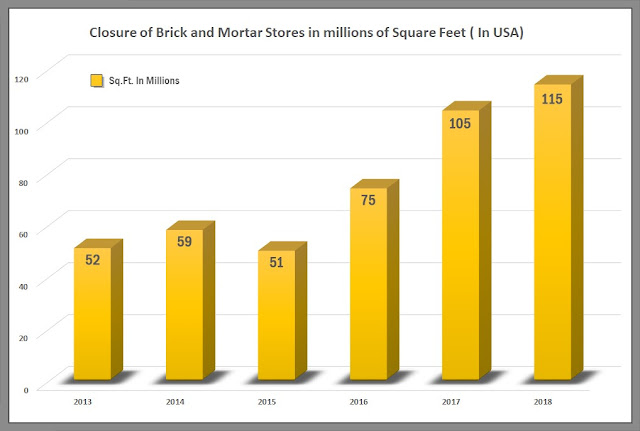 This has resulted in survival instinct conquering the Brick and Mortar Store giants with a chain reaction of trendy opening up of Click and Mortar Stores. Dear Readers,  it is of the general opinion in the business circle that this move is an invasion on the online market arena.  On the other hand, it is a survival move for the brick and mortar stores.

If we delve deeper into the subject of - Why click and mortar stores? -  there are many other life-saving reasons.
The success of a Brick and Mortar Store depends on the footfalls but in the future, it has to depend much on the click-falls. This shall happen only if the stores create a fluid process, bouncing between online and offline process along the path to purchase. The solution to this is - futuristic CLICK AND MORTAR STORES. SELLinALL, the company created by the - online business techies, innovates and solves the tuff problems which an online seller come across. It creates for the online sellers the real international market with its brilliant software and helps them to be a successful international seller.