You can also be a winning seller in the online ecommerce market by selling chinese goods or Has the Chinese dragon stopped emitting fire? 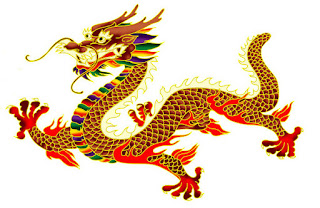 On a pleasant day in the year 1271, a seventeen-year-old Venetian merchant started his onward journey along with his father and uncle to the other end of the world - Glorious China.  On that day he was not aware that one day his name will be etched on the history of the world. That teenaged merchant name was Marco Polo ( a name etched in the travelogues history), and his father and uncle namely Niccolo Polo and Maffeo Polo. The onward journey lasted for two years, and they reached the Chinese kingdom ruled by the famous Emperor KUBLAI KHAN, the son of emperor Genghis Khan. 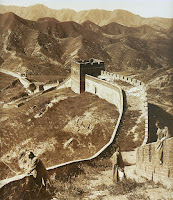 Those were the days where the glory of the Khan's Empire baffled the Holy Roman Empire wherefrom the Polo's family came. The Chinese with their grand marble architectural wonders and their beautiful silks dazzled the sense of young Marco Polo. The transportation of Chinese Silk and Artefacts,  to be sold in the markets of the western world has given birth to the famous Silk Route to China from Europe via India, Tibet and Burma.

On his book, II Millione matured Marco Polo said to the European Continent about the Chinese Paper Money, a new concept to the western world and about the extensive communication system of Khan's Empire with the Chinese traders roaming on the market streets of India, Burma and Tibet selling the Chinese goods.

After Polo's travel to China and back, the Chinese goods entered the European Markets. Of course, that was the Chinas' Glorious Era in the world market. Slowly when the decades passed by, the sheen of the Chinese goods in the western world weaned away.

The Economic Circle of the world say that the 19th Century has been the British Century, 20th century has been the American Century and now the 21st Century will be the Chinese Century!!  The glory of the 17th century China - Will it pervade into the 21st century and sustain itself; Will it be called the Chinese Century in the Trade and commerce of the Modern World? We have to wait and see.

Upon looking at the statistics, China has become the second-largest economy in record time. The online market share of Chinese goods is 50% to 60%. The Chinese market has been divided into three different categories.  The First one is the premium segment powered by the foreign mega-companies and the last one is the low-end segment maintained by the companies of china which have been losing money often.

The Middle one is the GOOD ENOUGH segment which expands rapidly. These segment companies produce quality goods, and sell in the world as well as domestic markets.


.
Whether this kind of dominance will last longer throughout this 21st century, and thereby calling this century as the Chinese Century? We can know the answer to this question only by the end of this century.

The the recent collapse of the Chinese Share Market after Chinese government devaluation of the Chinese currency, lead to this doubt. Seven years peak of the Chinese share market has collapsed and the whole gain of the year 2015 has gone with the wind on a so-called Black Monday. The experts believe that this collapse will not affect the economy or the world market.

Chinese goods because of its cheaper rate will continue to dominate the online markets.  But will it sustain throughout this century is a question.

Upon analyzing the above facts the sellers of the online markets need not worry about the E-commerce industry and the industry will continue to thrive for the rest of the 21st century.

As a seller of the online markets, your goods has to be sold not only in one market place,  but to many e-commerce sites like Amazon, eBay, Shopify, Flipkart, etc. Then your business will expand and you will emerge as a winning seller.

As a seller your time is precious and spending time in listing out your goods in various online market sites will be cumbersome and labouring. For that SELLinALL has a strong solution. With SELLinALL you as a seller with one touch can lists out all your goods in all your registered online sites and your inventory also will be ready to have a look.